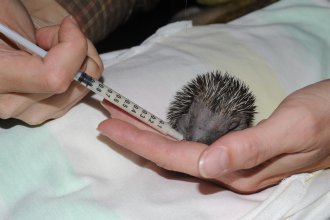 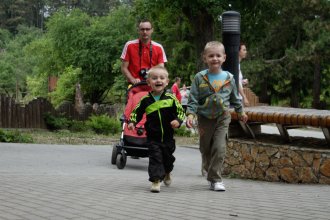 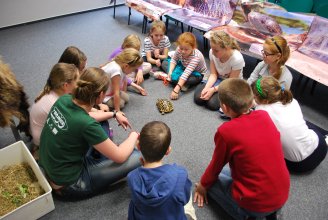 What is the mission of a zoo nowadays? Why do we even need zoos?

Zoological gardens are popular cultural and educational institutions all around the world. One tenth of the total world population visits more than 1000 such facilities every year, i.e. altogether 600 million people. And that is really a huge potential to carry a message.

The main mission of any zoo nowadays is the education in respect to animals; enabling recreation and relax in pleasant environment as well as studying the diversity of the animal world. The technical mission of a modern zoo is not only about displaying live animals, but also about raising their endangered species. For many of these animal species, the zoological gardens are the only hope to survive. There are many specific examples where, thanks to a zoological garden, an animal species has been saved from the extinction. As an example, bison, Przewalski horse, milu deer.., may be mentioned.

The most important factor of the visit rate is a relation between a particular group of visitors to animals and nature in general (Veselovský 2000). For many people, especially those from urban areas, the zoological gardens have replaceda contact with the nature and animals as such. Thus the zoo animals represent the world of nature that attracts both children and adults by its uniqueness and beauty.

Nowadays, the zoos aim to support projects of saving the endangered species in their original environment, i.e. where they need it the most. Unfortunately, even today and in our country as well, the zoological gardens are regarded as being low-important cultural facilities of cheap entertainment on the level of a stationary circus. The more you go to the east and to the south, the worse the public opinion. On contrary, in the western countries, these institutions hold a stable place within the area of education and serious scientific work. However, the situation in Slovakia is rather different. Unfortunately, approach of some visitors confirms this trend as they are disrespectful to the animals, often arrogant and even irresponsible. And at last, but not at least, the financial means for zoo modernization as well as new constructions are insufficient.

The comparison to the Noah’s Ark has not selected by the Bojnice zoo by accident. This is mainly due to one of zoo ´s roles“to take onboard“ the crew of animals that have got on the brink of their existence as a result of human activities. Our moral obligation is to help such animals and preserve them for the future generations. A man has no right to eliminate life in any form because even if we consider ourselves being the master of the nature, we cannot replace life that has been eliminated once. We have already managed to make many animal species extinct, as for example, passenger pigeon, Mauritius dront, zebra kvaga, thylacine or cape lion. Each hour, one animal species becomes extinct;whereas often we have no knowledge about its existence. The zoological gardens fulfill an irreplaceable function of keeping the genetic diversity of life in our planet. Many zoo animals are on the brink of extinction. If it is possible, we will try to return these animals to the wild, to their original habitats. Some species are returned to their habitats more easily, while this remains an impossible option for others. Until now, the world zoological gardens have successfully participated in returning more than 170 endangered species of animals back to their natural environment. In order to return animals born in a zoo back to the wild (to their original habitat), we have to ensure that there the natural habitat they had lived in is still available. This is not an easy task today. If we have already chosen the place, then it is necessary to prepare the animals for the return back home and this may often take several years. As a sample example of the success of the modern zoos, we can mention the return of Przewalski horses back to the Mongolian savannas or the return of small monkeys of lion tamarins to the Brazilian wild forests. These are the reasons why the Bojnice zoo tries to help our and foreign fauna, it raises and reproduces the endangered species of animals registered in the rescue programs (EEP, ESB) and in case of our species, it returns the species born in Slovakia back to the wild strengthening the wildlife population.

Cooperation with the State Protection of Nature

The Bojnice zoo has developed a cooperation with the State Protection of Nature which is incorporated within its statutes; they also cooperate in various projects rather often. The immobilisation of the critically endangered subspecies of Tatra chamois (Rupicapra rupicapra tatrica), our Tatra logo, has been one of the recent successes resulting from this cooperation. Our employees have narcotized several animals in a hard terrain and gave them telemetric leashes. Thus they have been able to use their long-term experience with difficult and always risky tasks of narcotizing animals in the zoo.

Rehabilitation station and return to the wild

Our zoo often accepts animals from the Slovak nature which are either injured or handicapped in some way. In compliance with the current act on the protection of the nature, anyone who finds an injured animal are obliged to inform the Regional Environmental Institute at that particular place. Then the institute employees contact the closest raising or rehabilitation station which subsequently takes care of the injured animals. The State Protection of Nature has established several such facilities in Slovakia. One of these is located in the National Zoo Bojnice. Once the injured animal has been transported to the rehabilitation station, it will be treated by a veterinarian. Employees of the rehabilitation station at the Bojnice zoo then take care of the so-called handicapped animals as the injuries are sometimes, so serious and permanent that there is no possibility of returning back to wild. Thus some displays feature animals which are somehow handicapped. In particular, this shall serve as a remainder of arrogant behaviour and faulty human approach to these animals. The zoo employees are happy when they manage to heal the injured animals and provide them with the optimal condition. Then, the animals can return back to the wild; a process which is carried out in cooperation with the State Protection of Nature on a suitable location and under scientific supervision. Thus, we have already been able able to help white storks, stannels, common buzzards, owls, mute swans and northern lynx. In addition, some species born and raised in the zoo have been returned to the wild as well. These are for example barn owls, common moorhens or white storks. This represents an example of deliberate strengthening of weakened population of species in the wild.

Zoo as a place of relax and recreation

The area of the Bojnice zoo was designed for recreation and relax, which is a base of its very characteristics. A hilly area nearby the spa town with a beautiful castle has its unrepeatable atmosphere. The zoopaths will lead you through a forest area of (sometimes) original Carpathian forest. Ornamental trees, castle view or some newer expositions of animals - these elements contribute to a pleasant impression from the zoological garden. Visitors always enjoy relaxing in a nice and natural environment. Children have several possibilities for playing and having fun and since 2005 they can visit also the children contact zoo. Even though we have no restaurants, there are several buffets during the season where you can buy some food and drinks.

A man has been watching the animal life ever since. They have been looking for similarities and differences both in comparison with the human life as well as among the animals as such. So it has always been about relations between the man and its surrounding world. This has also been the main activity of any modern zoological garden. National Zoo Bojnice has been aiming at the same target. As early as 1979, as one of few zoos in former Czechoslovakia, it established its zoological school. It provides space for education of both children and adults. A form and content of the education have been gradually changing; original, rather limited topics started to change into such topics as the mutual relations with the emphasis on ecological and environmental orientation. Special programmes for individual age groups have been launched. Thanks to this experience, our zoological school nowadays offers separate projects for students of various types of schools, specialized schools, foster homes, for the visually impaired people, for those with hearing difficulties, disabled people, seniors as well as other specific groups of visitors.

Research in the zoo

While working in the zoo, you can obtain diverse knowledge which may be interesting for various scientists of the zoological and animal-care orientation. A lot of information from the biology of the individual species can be obtained only while raising the animals in the zoo environment. National Zoo Bojnice participates in university workshops and cooperates with natural science departments, institutions and museums. Some workers publish animal-care or zoological works in scholar media. The employees of National Zoo Bojnice have recently been devoted to research of the phenotype and genetic variability of lynxes in cooperation with the Swiss scientists and to a study of multiple behavioural patterns of our animals. A special part of their research is represented by data analyses and processing - these include chronological data on rare species raising. In respect to international cooperation, our employees provide biological samples to the scientific institutions (e.g. blood, hair, dropping samples).

Zoos as the Gardens of Wisdom

Dear visitors, consider our animals as representatives of the animal world, show them your admiration and respect by exclusively watching them. Do not be in a hurry; if you give our animals some time, they will certainly surprise you or show you a few secrets from their animal life privacy. They also have the right for privacy and they sometimes need to relax. The first real zoological garden was established in China 2000 years ago. It was named the “Garden of Wisdom“. Treat the animals accordingly.